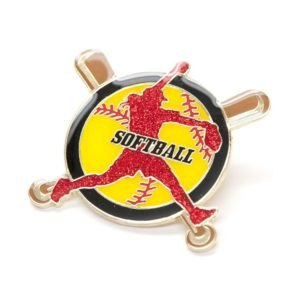 It's Easy To Start Trading Pin Collecting!
Trading pin collecting has become enormously popular in youth sports of all kinds. With good reason -- collecting and trading custom pins is a fun way to meet people and make new friends! It's easy to get started in pin collecting, whether at a game, tournament or even at the Olympic Games.
It's easy to understand how pin collecting became so popular.  Both children and adults appreciate the attractive designs of well-crafted custom pins. Trading pins are small and easy to transport. If you can carry them with you, you can trade them. And of course, they're unique to specific sports, games and events that people want to celebrate and remember.
Collecting trading pins has been a welcome sports tradition for more than a century. Thanks to Olympic athletes in the early days of the modern Games, pins became a treasured part of competing on the world stage.
By 1980, the general public discovered how much fun pin collecting could be, and Little League Baseball introduced its first official pins in 1983. From there the hobby really took off.
Getting started is easy, especially if you're on a team. By offering your own team's pins to trade, you can easily break the ice and start a lifetime of pin collecting.
Pins most commonly trade at an exchange rate of one-to-one. But popular,  unusual pins can trade for more. Once you've been collecting for a while and have a stock of pins built up, you'll be able to participate in such trades.
It's important to remember the basic courtesy of pin trading. The goal is for both parties of a trade to walk away from the trade satisfied. Neither side should feel the other took advantage of them. Fairness and friendliness ensures you and others will have fun.